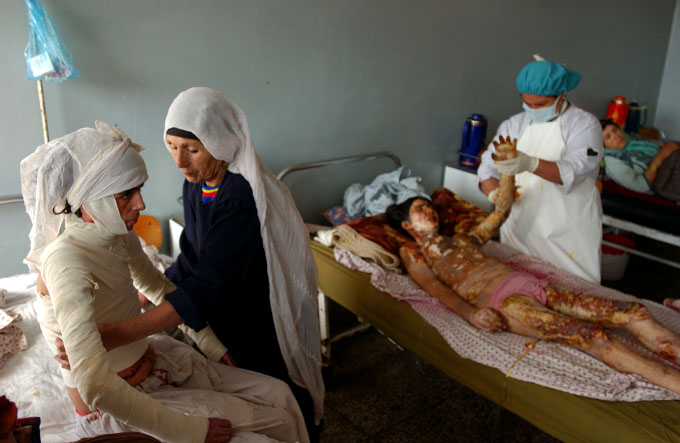 
Parigul, 22 year-old, (left) being bandaged by her mother in the Herat Hospital more than a month after she was admitted for severe burns over 50% of her body. Parigul is one of the many women in Herat, Afghanistan who have turned to self immolation as a rebellion against unbearable marriage. Although self immolation continues to be a large problem in the city of Herat, sources say that the situation is getting better. According to doctors at the Herat hospital and the Independent Human Rights Comission there have been more than 100 cases of self immolation in Herat alone. This is an improvement from last year's 300 cases.