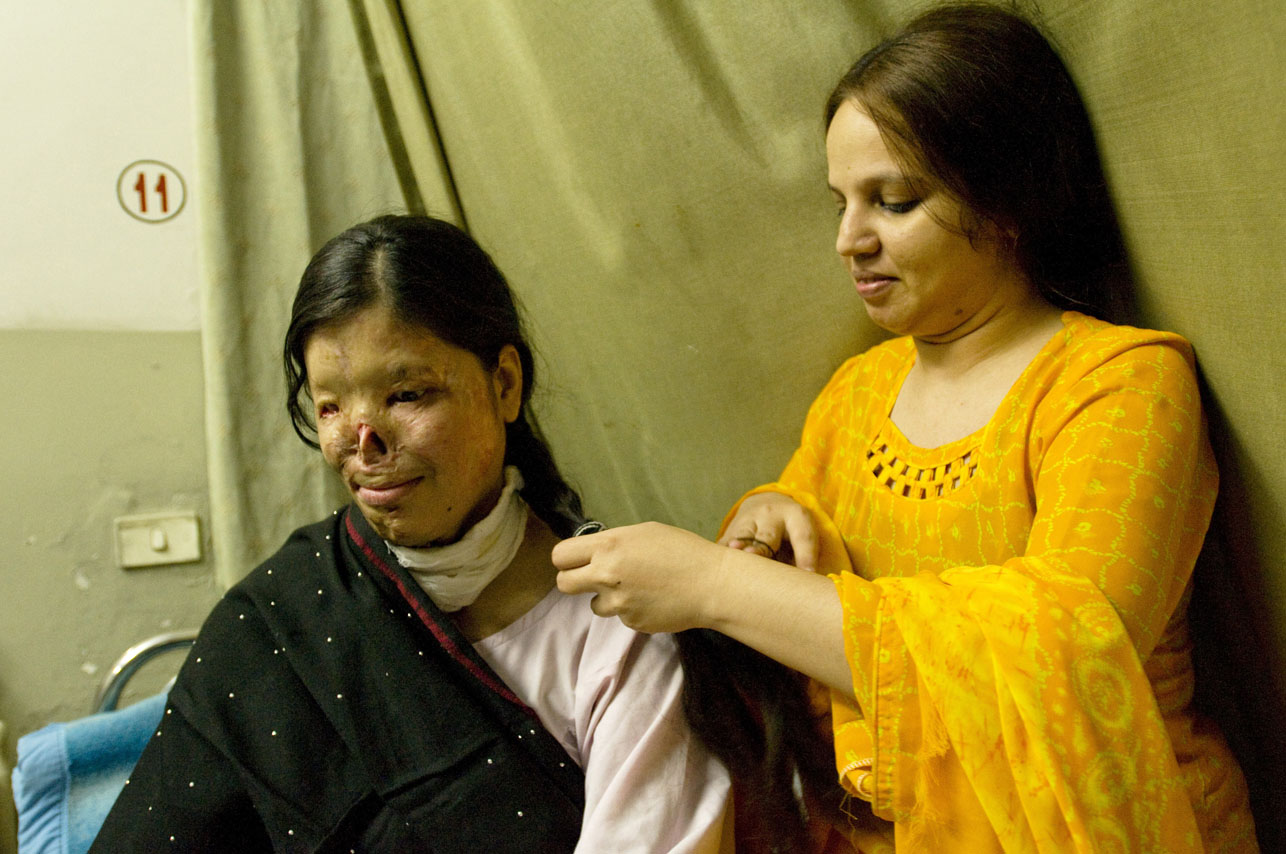 
Kanwal Qayyan (left), 25 years old, sits on her hospital bed, while her cousin, Mehnaz Humaoon (right) braids her hair at the Family Health Hospital in Islamabad, Pakistan on November 19, 2008. Kanwal is one of the 327 female burn victims presently accounted for in Pakistan, most are between the ages of 14 -25. The face and genitalia are the areas most generally targeted, those guaranteeing complete disfiguration. Motives vary, but are most frequently obsession, jealousy, suspected infidelity, husband wanting to re-marry, sexual non-cooperation. Kanwal has had 10 surgeries thus far and has many more to go. She was on her way to her first day of work as an air- hostess when a man she does not know threw acid on her. She suspects that her husband was involved, but this has not been proven legally. Kanwal lives in Karachi with her two children.