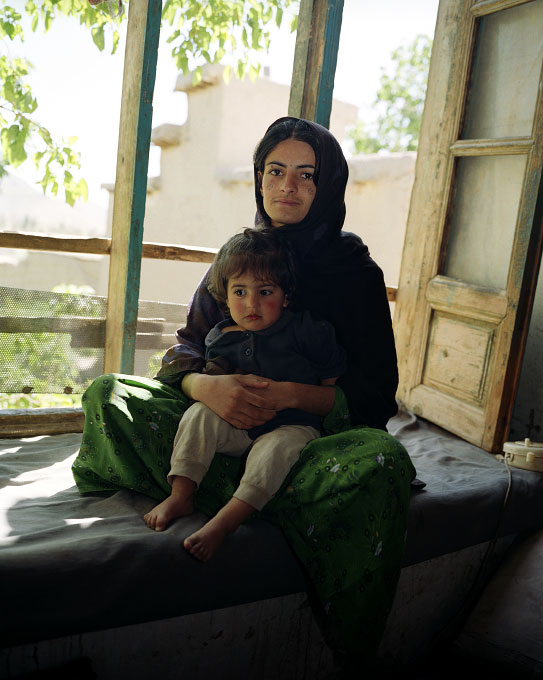 
Freeshta Sadat, 19, deaf and dumb mother of Zubaida (on her lap) in her parents' home in Qargha, Afghanistan. She was rescued by her father from an oppressive and violent marriage. Her husband, a conservative Pashtun from Eastern Afghanistan, once was a driver for the Taliban. After they got married, her husband's family tied her down and tatooed her face with traditional markings when she refused to oblige.